So, About That Time I Went to Level Up KL...

So I attended Level Up KL on 30th and 31st October, and that was my first time at any gamedev conference at all. I used to think there isn't any gamedev conference near where I live, turns out I've been wrong about that and I've also been pretty much out of touch with the local community here. I've always wanted to attend one but I'm not able to fly to Europe or anywhere else in the world as I've been a bum and as a result of that I don't have a lot of disposable cash, if I have any at all.

The biggest gamedev conference around here seems to be Level Up KL, as the organizers claimed it to be "the premier game developers conference in Southeast Asia" (seems like it has been the only one too?), and it was only about a little more than 10km away from where I live. This Level Up KL 2018 was also the 4th time it was held (if I'm not wrong).

I wouldn't normally be able to attend any gamedev conference, let alone one that dubbed itself the premier game developers conference. You know, premier also means it would be pretty costly to attend. This time, however, I was fortunate enough to get my hands on a conference pass. 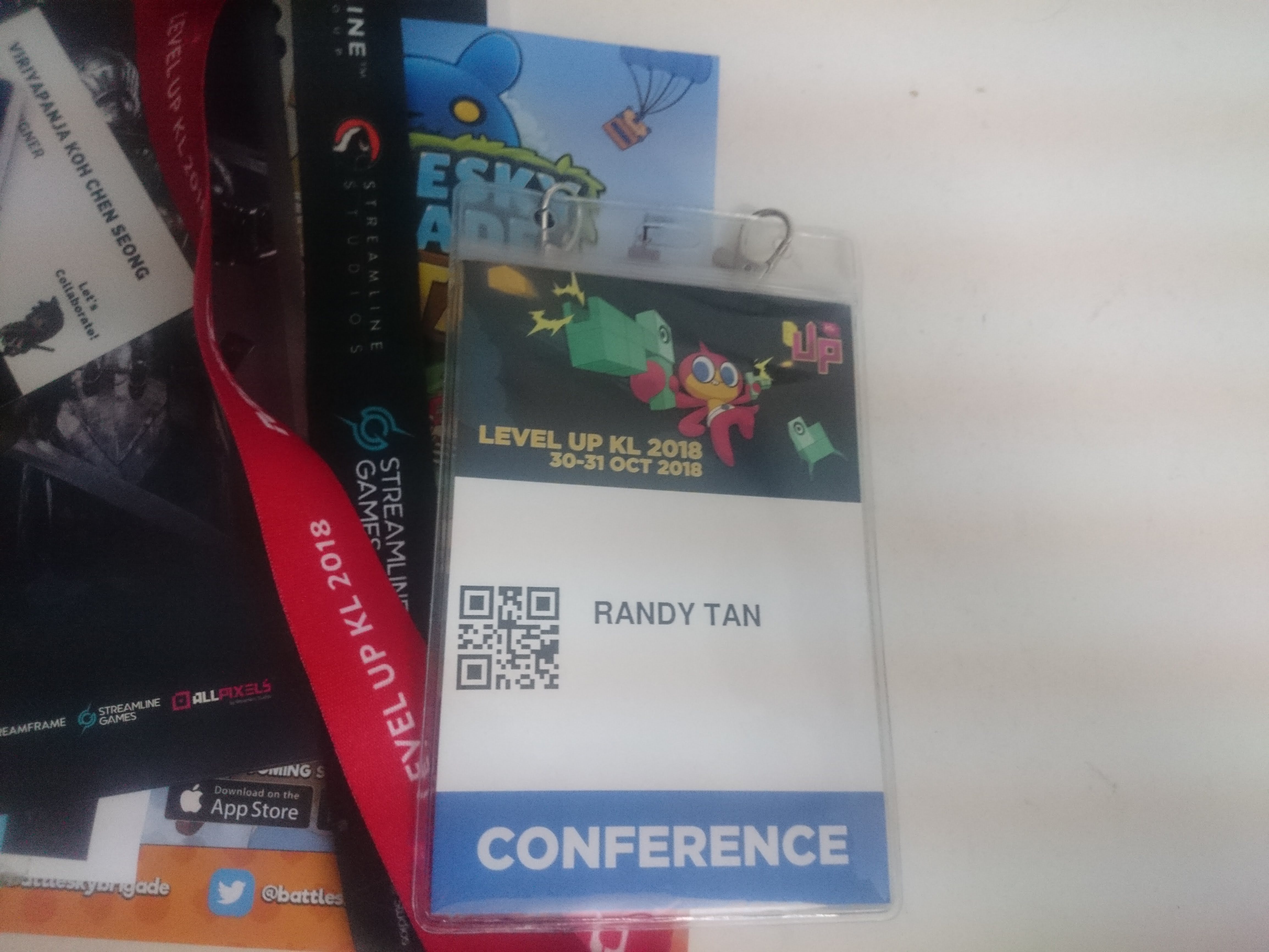 And I took some pictures with my terrible phone camera too on both days.

As it was my first time at a gamedev conference and also my first gamedev event, I wasn't quite sure what to do. So I just walked around, wandered about the place. While I did actually have a pretty expensive conference pass meant for attending the actual conference talks by industry people, I didn't go because of those talks. 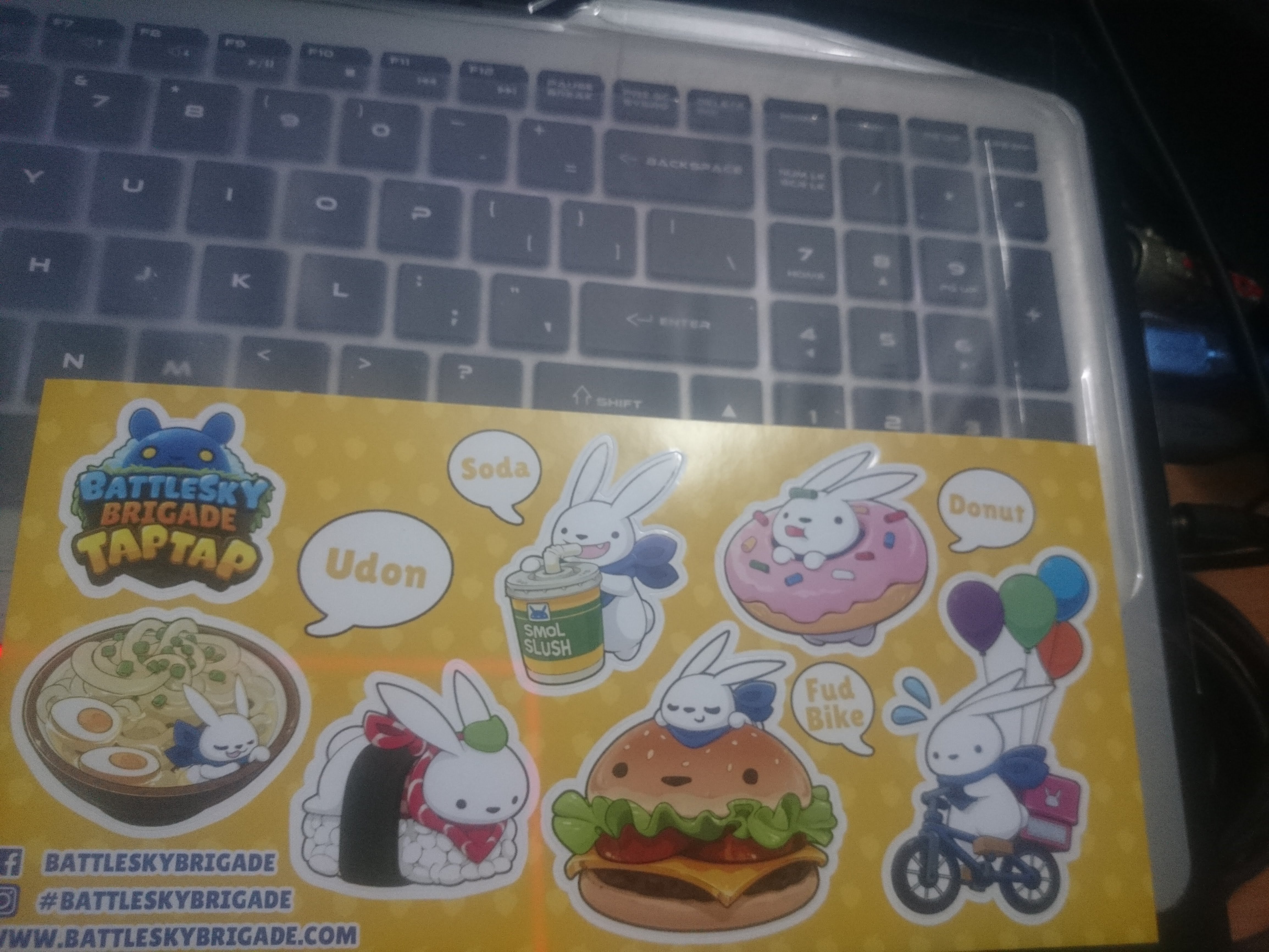 It certainly wasn't for these bunny stickers I got from the BattleSky Brigade booth that I went to the event either. And as I have been watching a lot of videos from the GDC Vault, I've also been mostly familiar with and knew what all these talks were going to be about anyway. 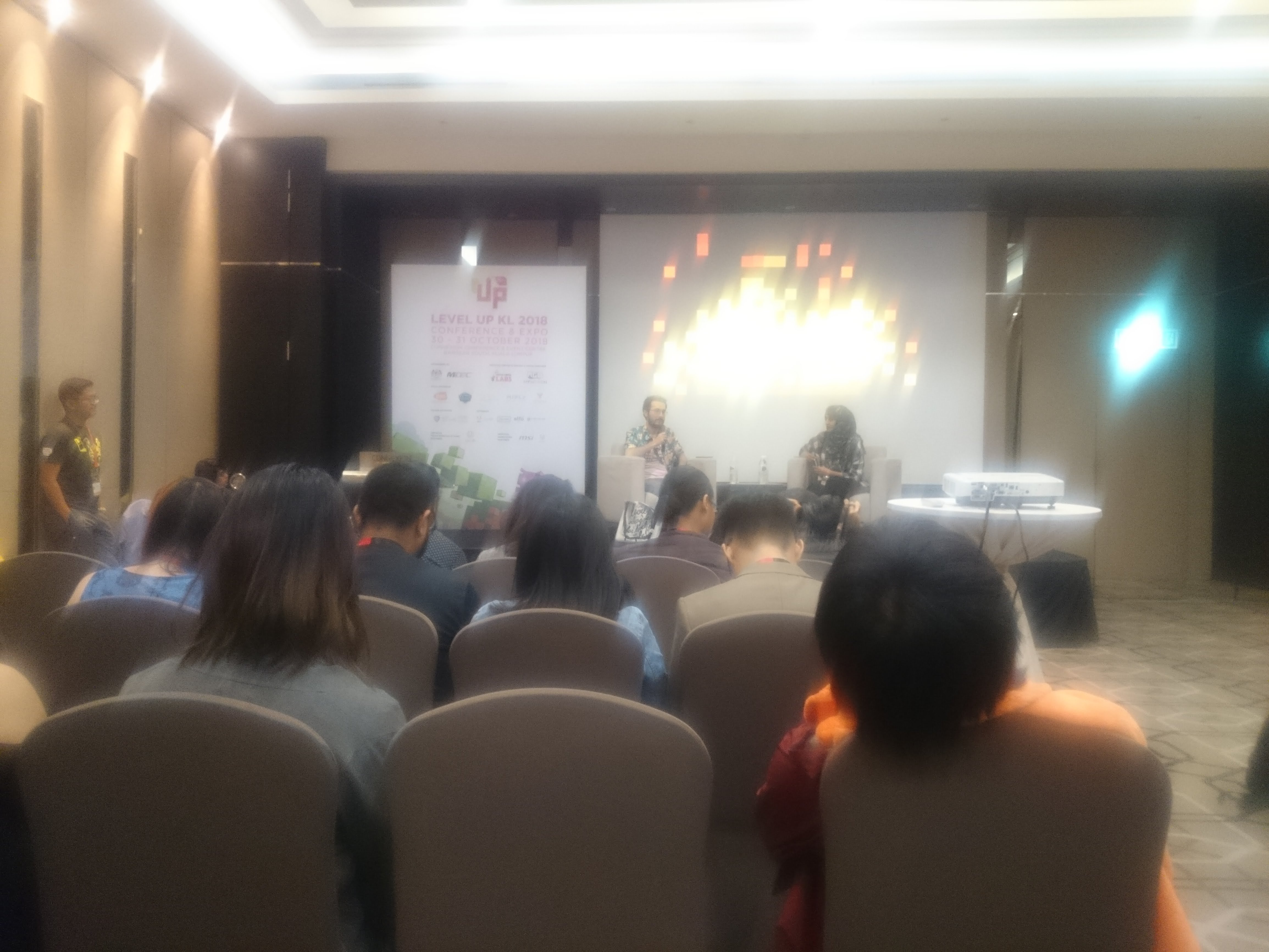 Nevertheless some of these talks were still interesting, like this fireside chat between Chad Toprak and Fakhra Al Mansouri. It was partly about experimental gameplay like when you're in a bus or train holding on to the bar while standing, using squeezing the bar as input, two complete strangers can play a match together, and partly about games with inclusiveness and personal stories. 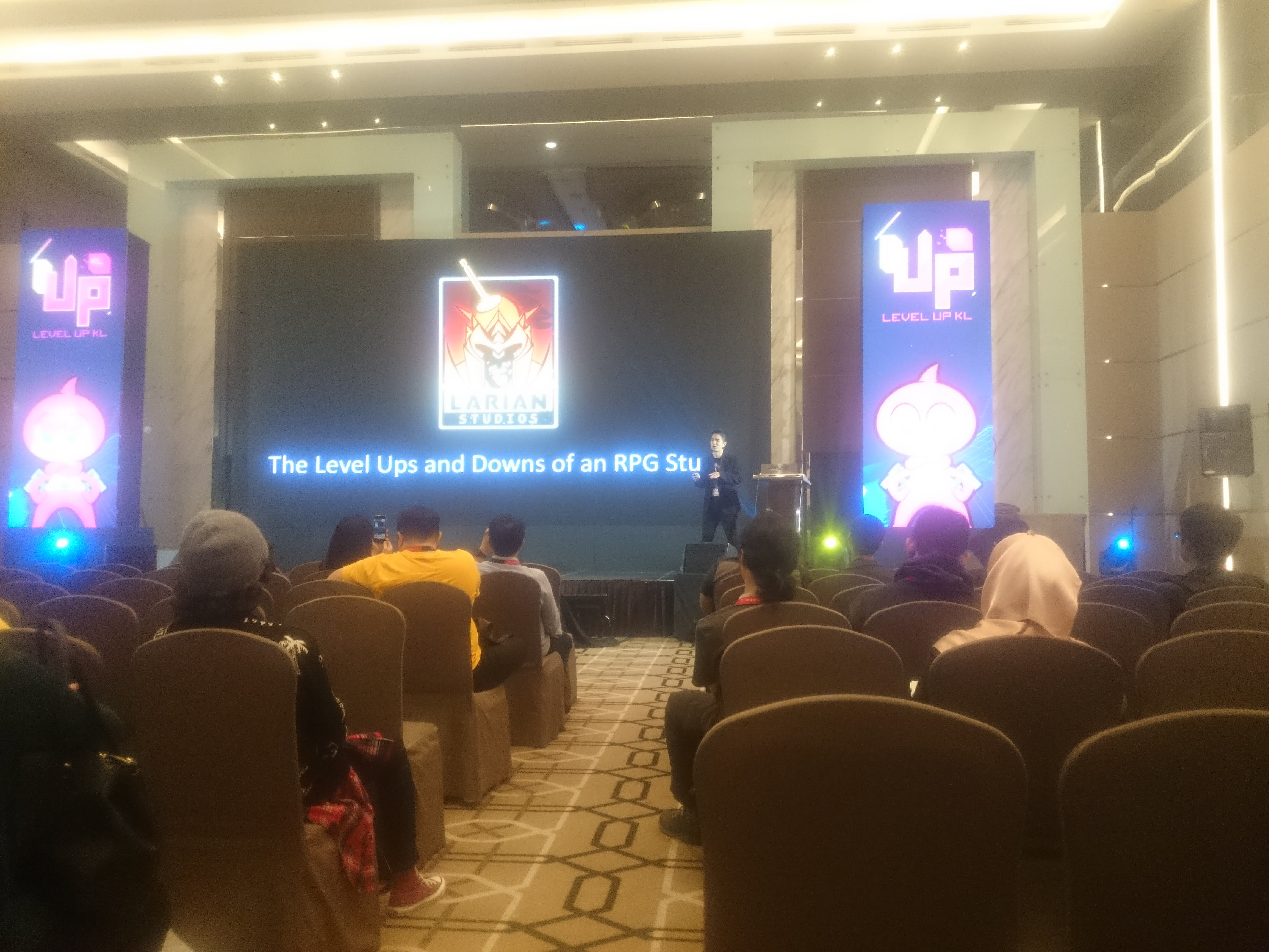 Then, there were Larian Studios, the people who made the greatest RPGs ever (IMHO). Spencer Low of Larian Studios gave a talk about the ups and downs of an RPG studio, and wow he is Malaysian. There's a Malaysian at Larian Studios?!! How can I apply? Well, I've checked their website and I'm not qualified for anything that they're looking for. I'd love to be their gameplay programmer, sadly I'm no expert in C++. 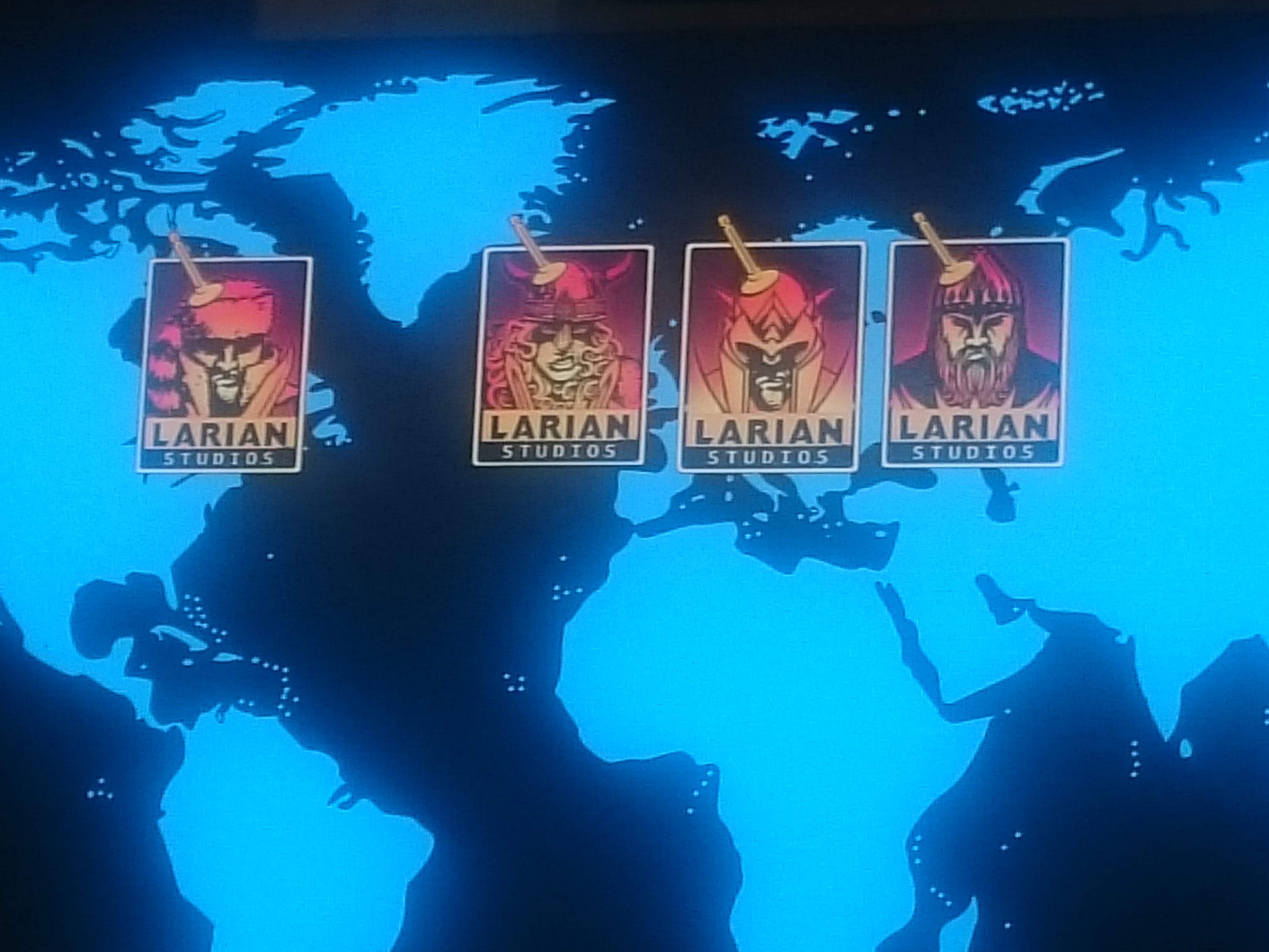 After the talk, I tried to get a photo with Spencer Low. I just wanted a photo with someone from Larian Studios, and also to tell him and thank them for the PlayStation 4 with a Divinity: Original Sin skin on it in my house, which of course, was given by them. However, I failed miserably at that. 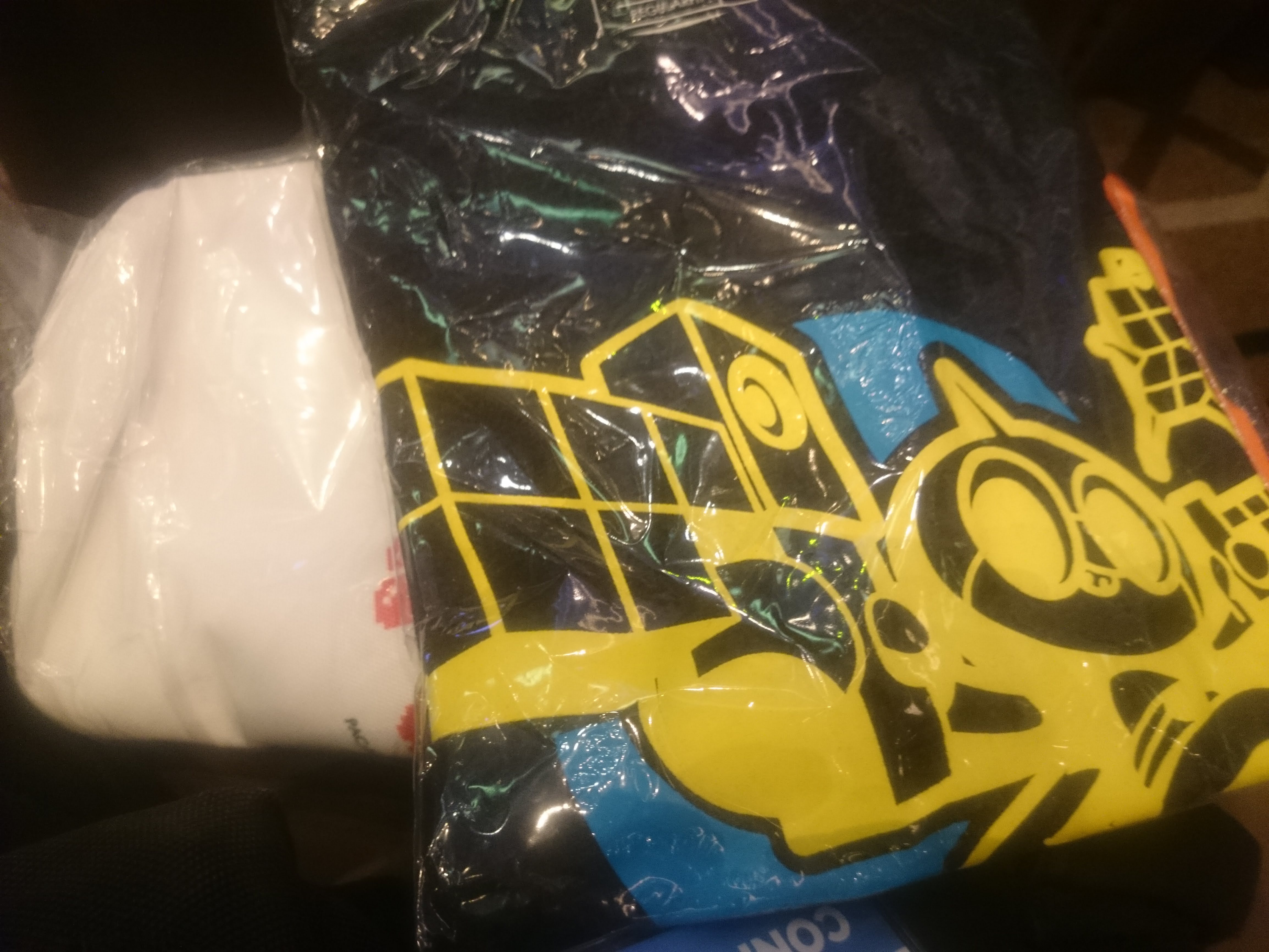 At the end of the day, I went back with some merchandise: a Level Up KL T-shirt by Lemon Sky Studios and a bag by BANDAI NAMCO Studios Malaysia.

There were other talks too before and after those which I took pictures of. As I said, the conference talks weren't that important to me, my intention was to network with people and if possible, befriend game developers. Of course, as someone who hasn't been able to function well in a social setting (I practically have no friends), I didn't manage to. It doesn't mean that I didn't try though.

I think James Barnard of Springloaded gave the best talks this Level Up KL. First it was a talk giving an overview of indie game development from his experience. The manner in which he presented his experience and ideas was funny, filled with energy, and pretty much interesting. 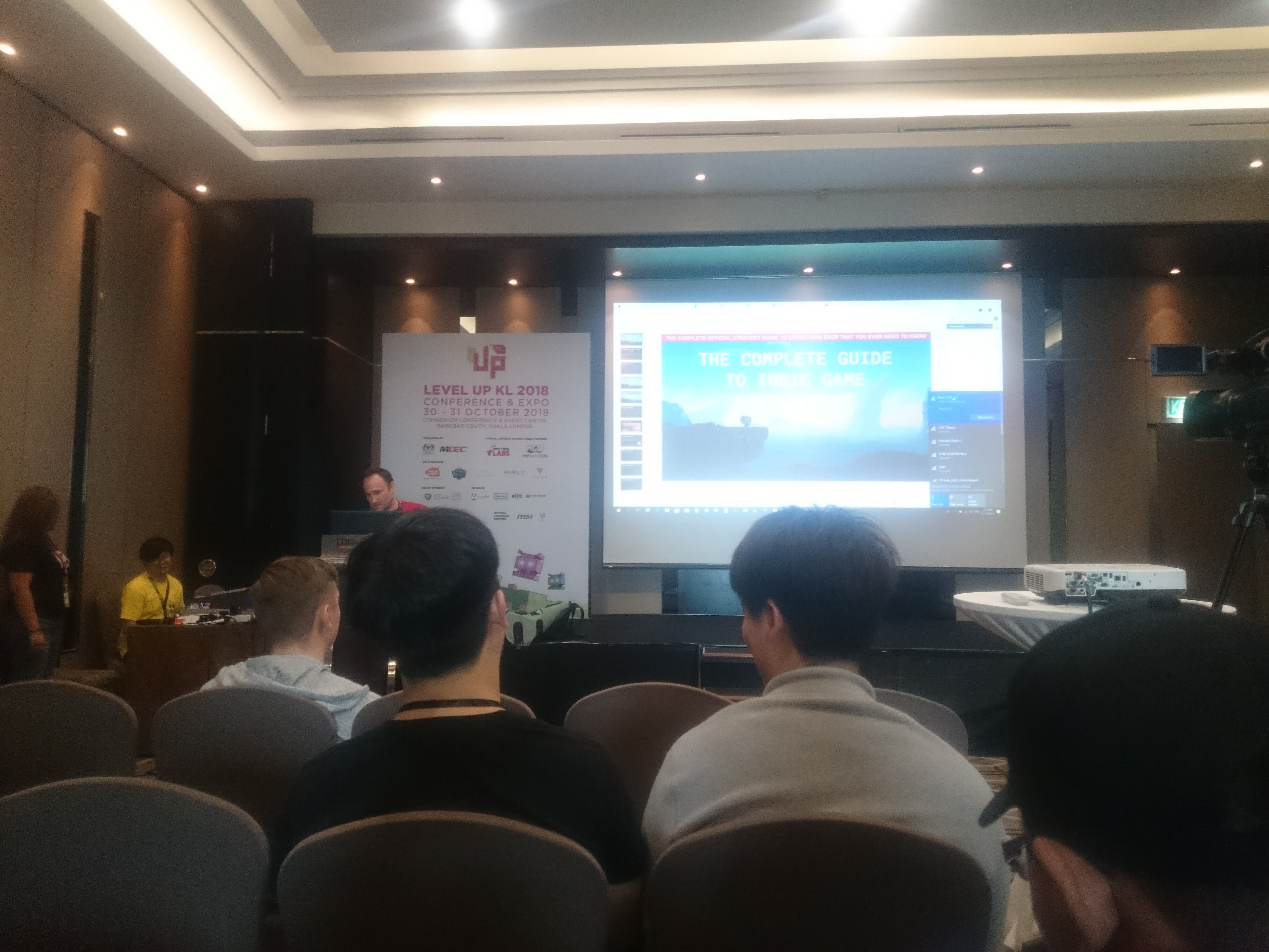 It wasn't about anything that I wasn't already familiar with, but I still scribbled some notes. 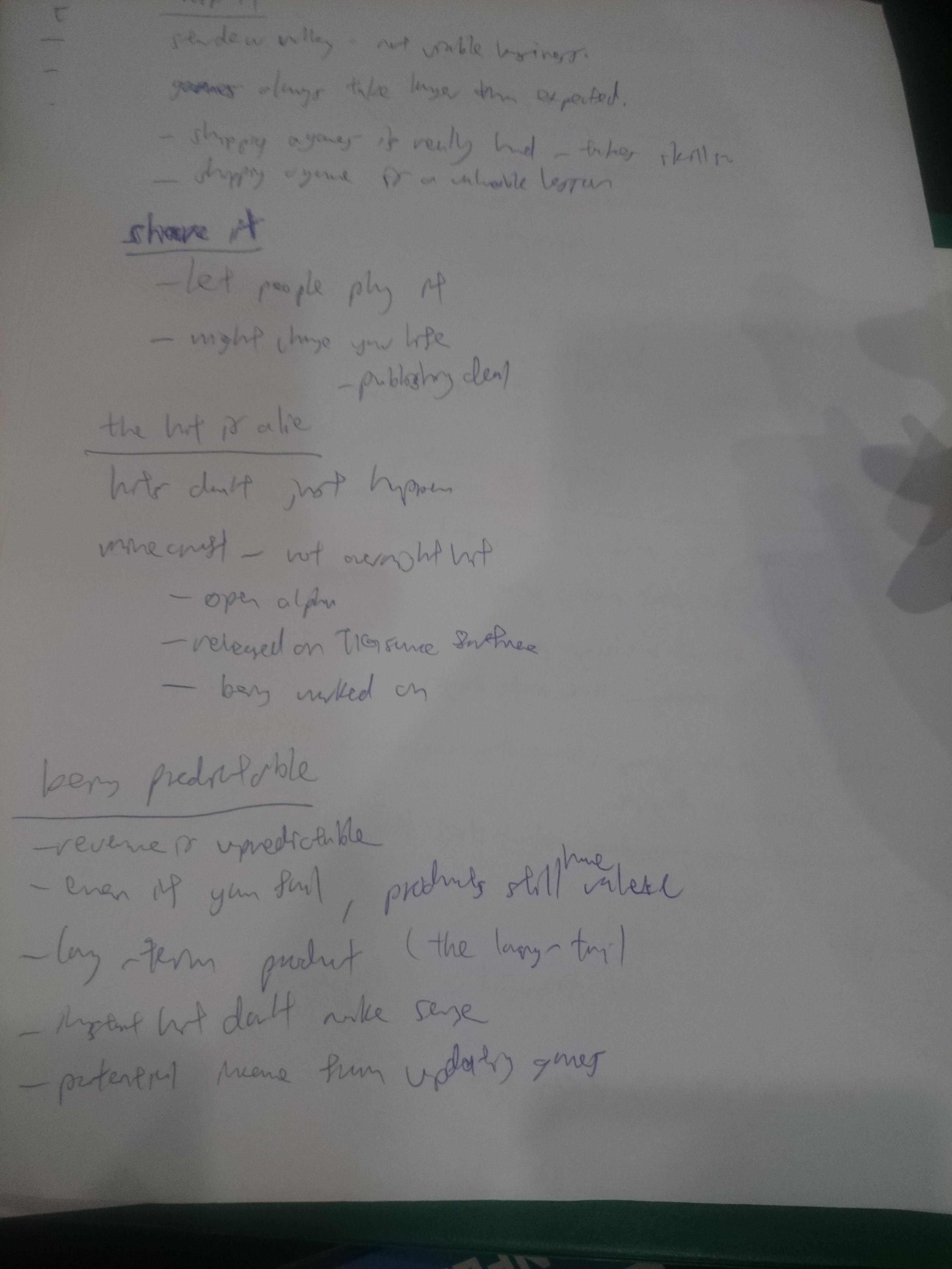 And right after that he had a panel with other game developers and they talked about making money, monetization model, and best practices.

As the day went on, I tried again to network with other game developers. There were so many people around but I only managed to get the contact of a programmer and another of an aspiring developer. Nope we didn't exchange contacts, as it was I who explicitly asked for their contacts. I haven't been contacting them, and yeah, so we haven't been getting in touch at all. 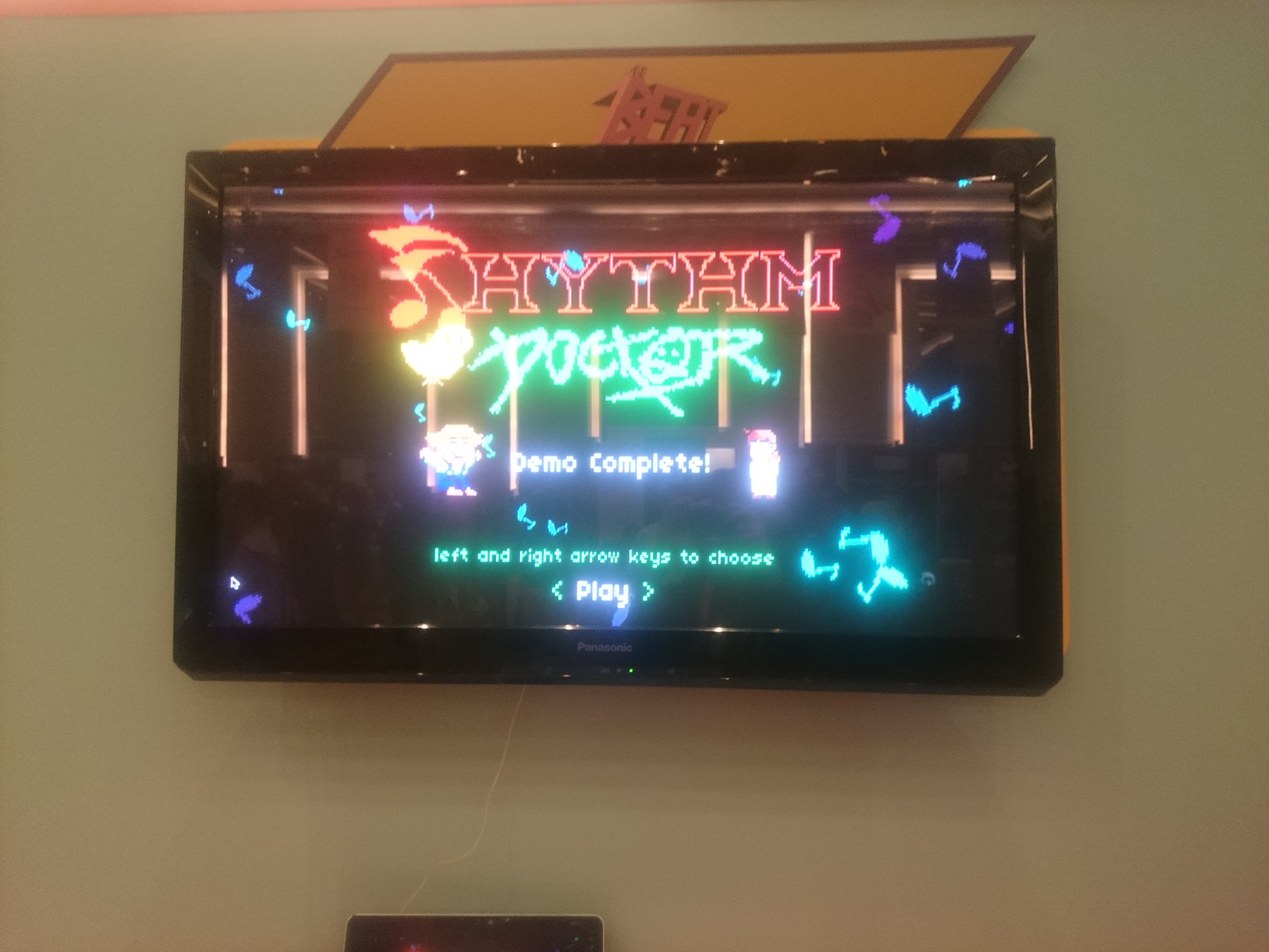 I've also went to try out some games at the exhibition area like Project Retrograde and Rhythm Doctor. The former was a top-down multiplayer twin-stick shooter and the latter a rhythm game of course. I didn't quite get Rhythm Doctor though. 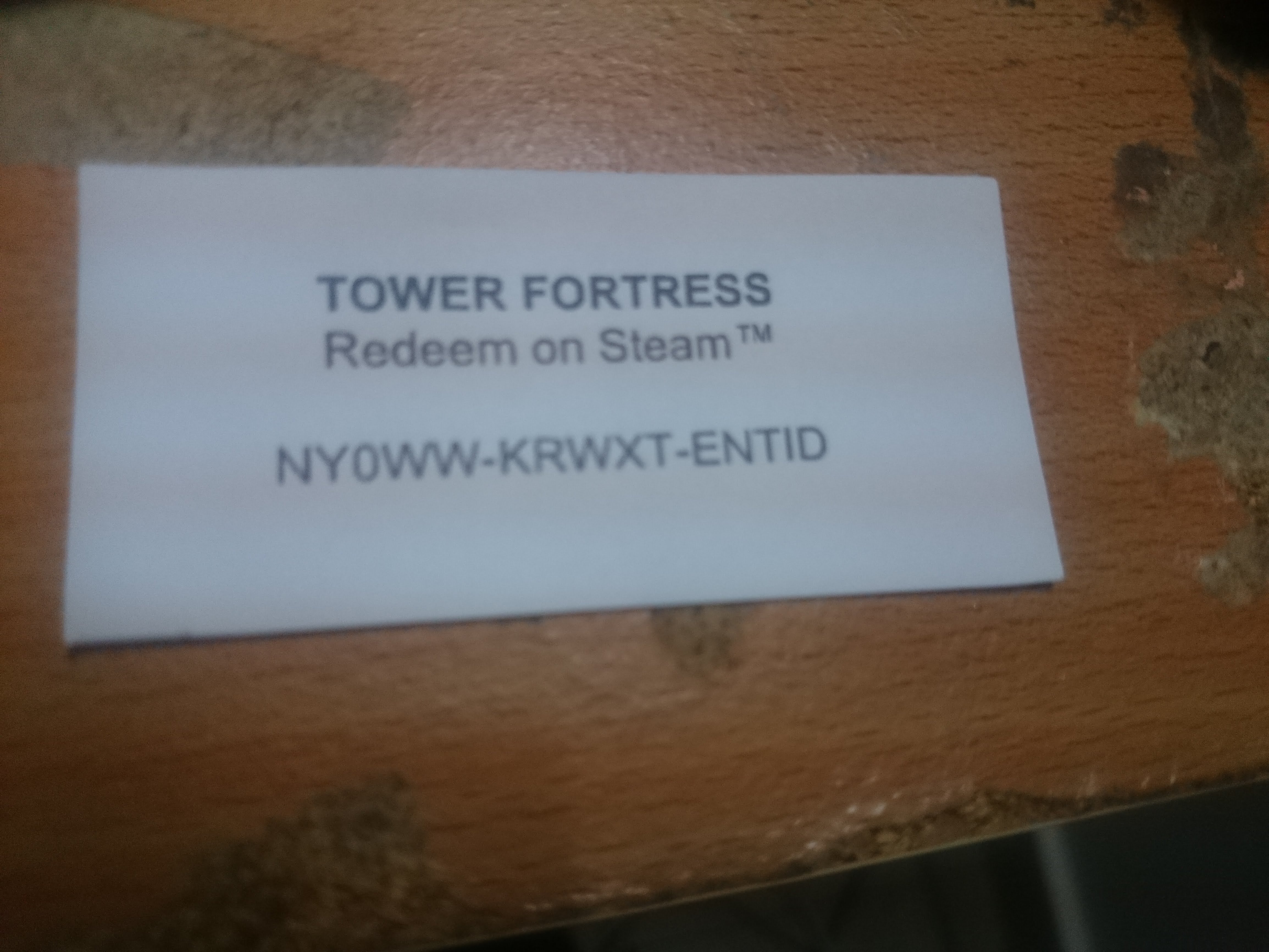 The night before I was exchanging tweets with keybol and tweeting about their games, Jack Axe and Tower Fortress. They gave me a T-shirt and a Steam key the next day. Tower Fortress is an endlessly ascending platformer, it's free in Google Play and wow they got Nitrome to publish it. I wanted to try Jack Axe but I didn't make it. 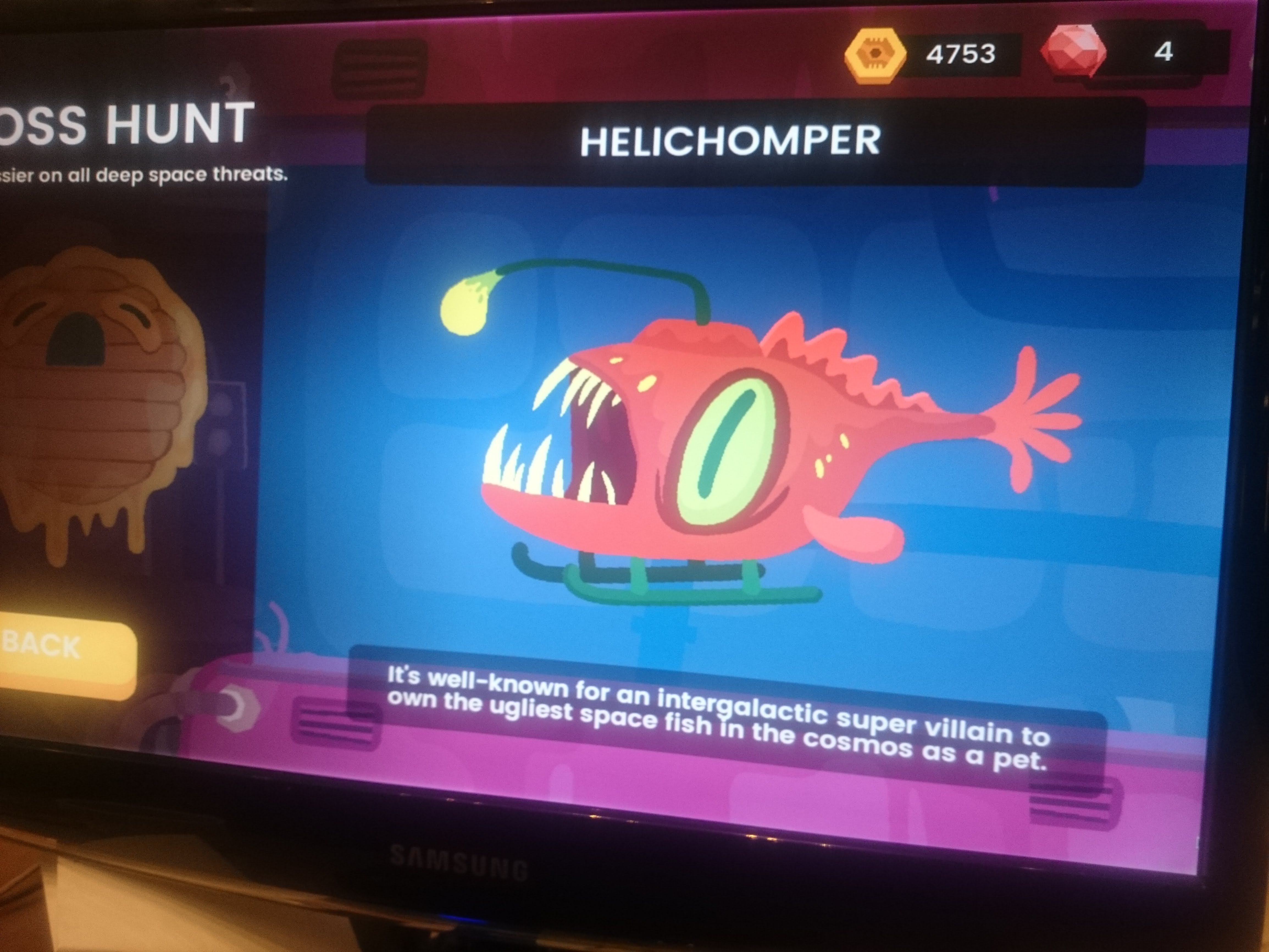 Look it's Helichomper from Super SteamPuff! I spent the rest of the day at Weyrdworks' booth chatting with JT Yean about their games, Super SteamPuff and WarPods.

It's always extremely difficult for me to approach someone and talk, so I'm grateful that he was patient with me and answered all my pesky questions. 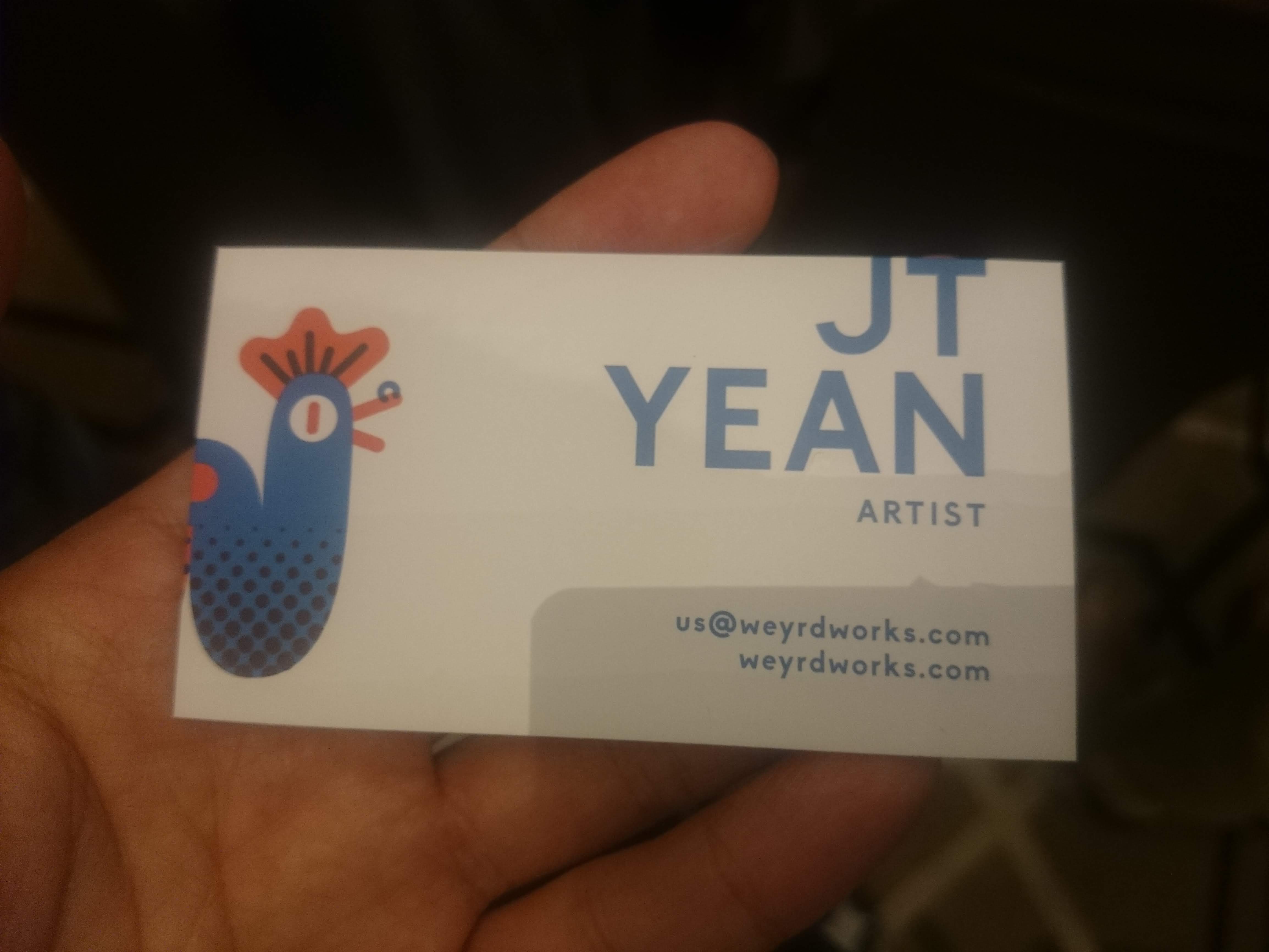 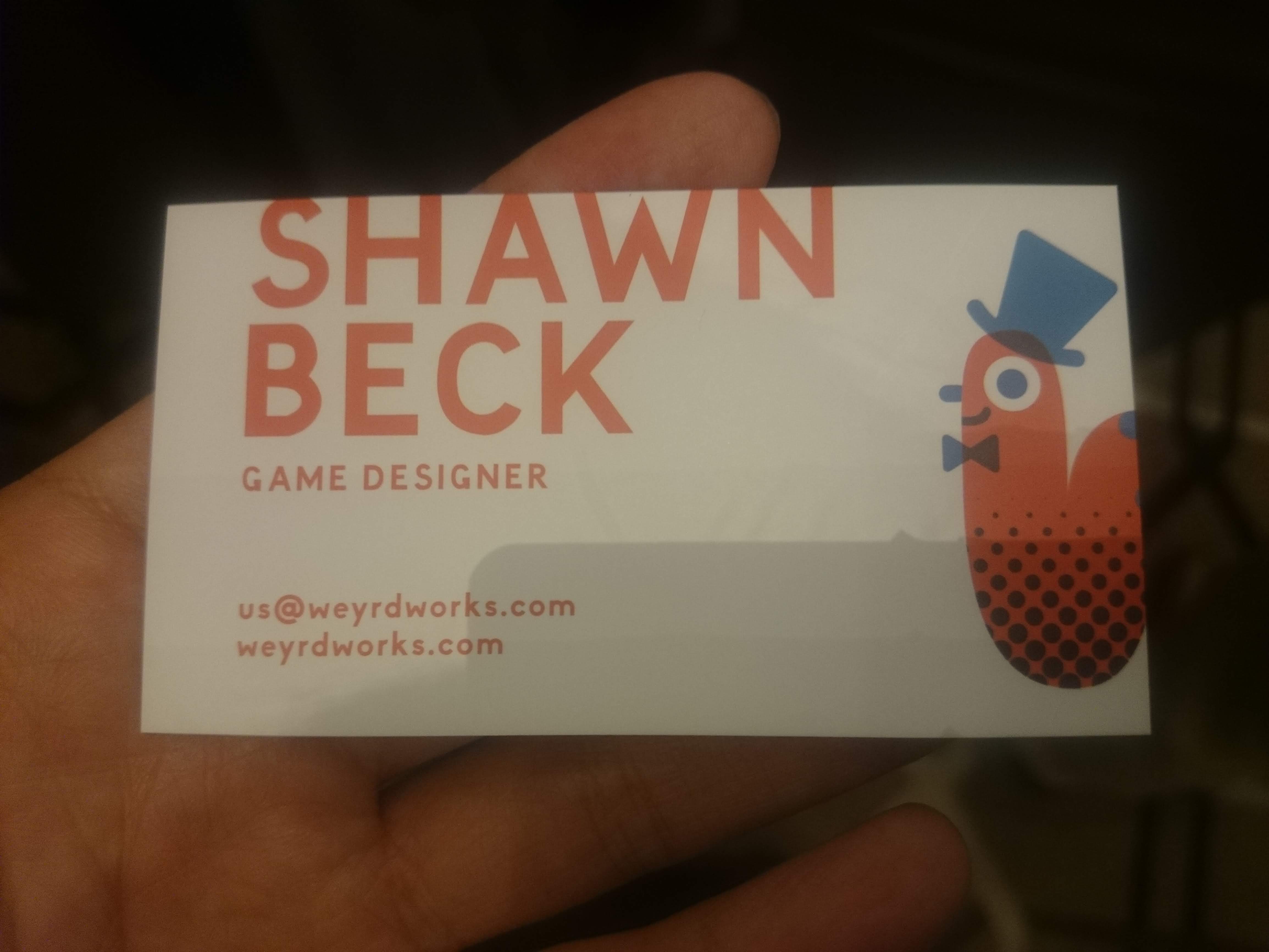 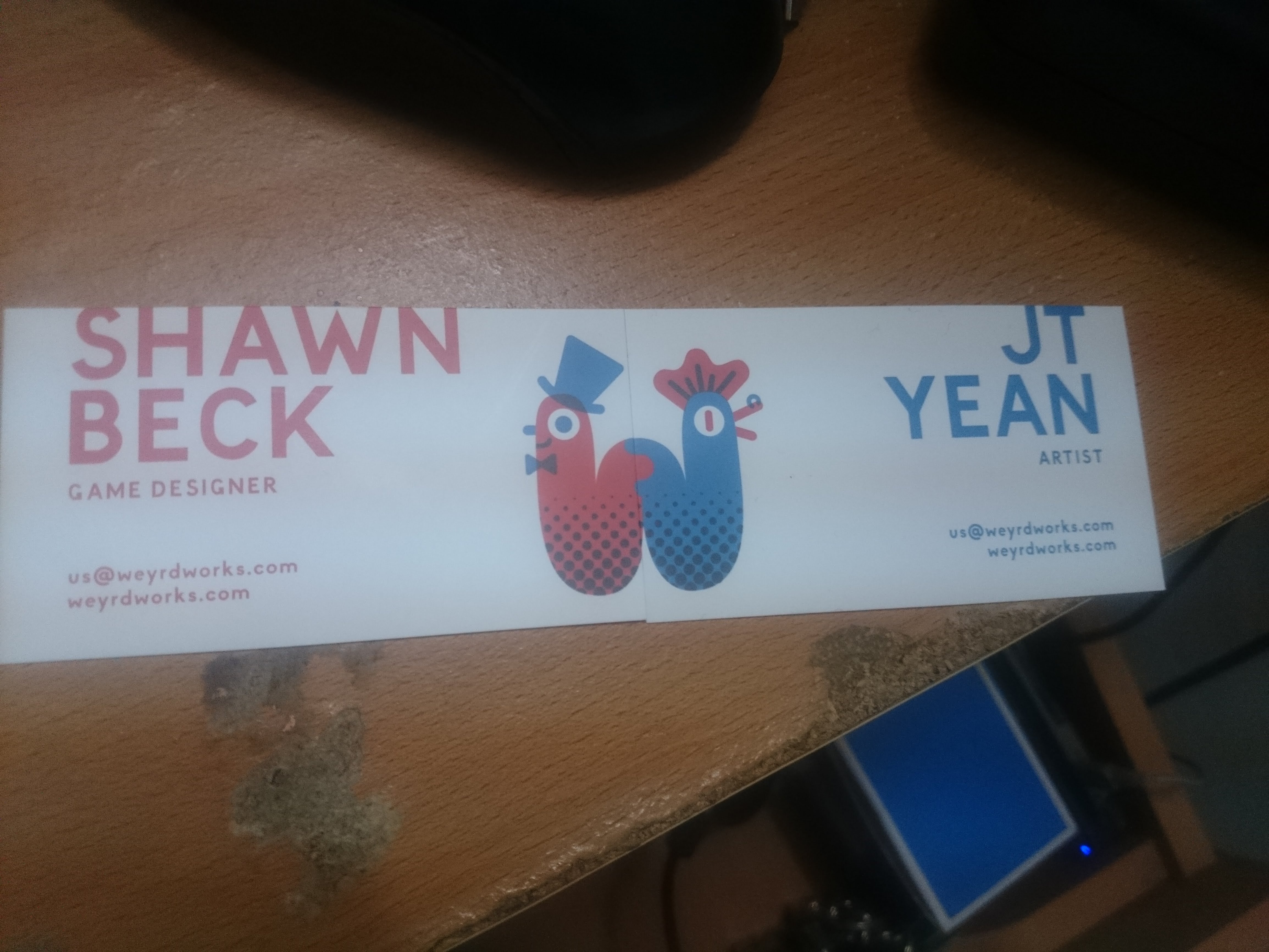 When their namecards are put side-by-side, they form the Weyrdworks logo.